NSEA's public comments to the Nevada Board of Education 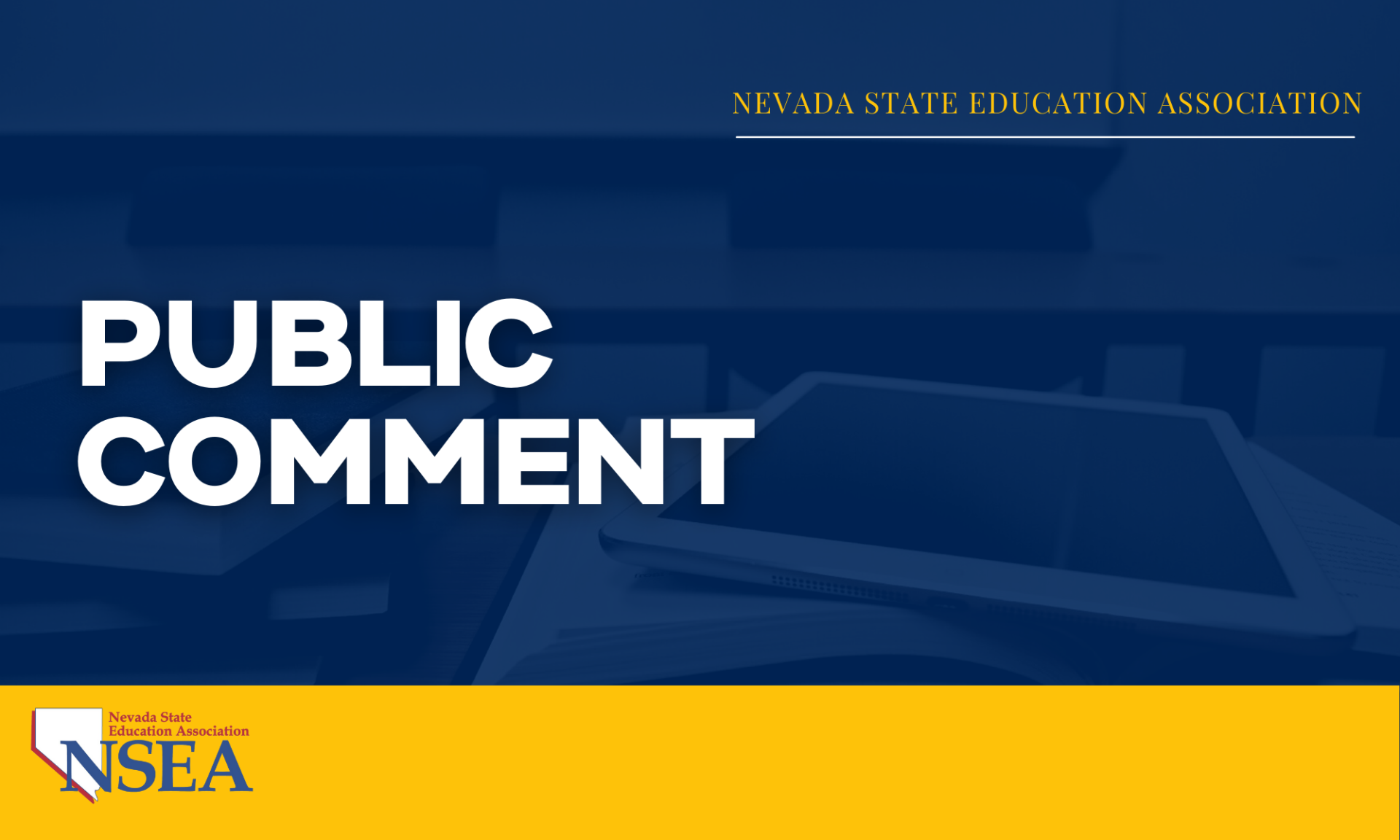 We are submitting comments related to R064-22 – which proposes to interpret the phrase “other staff who work under the direct supervision of the principal” within NRS 388G.610.

NSEA agrees with the April 25th letter submitted to the Nevada State Board of Education from Dyer Lawrence that stated, “By using the word ‘direct’ in the manner it did, the Legislature plainly stated that the principal of a local school precinct has the selection authority only over the support staff employees that the principal ‘directly supervises,’ meaning there is no intervening supervision by another CCSD employee.” The proposed draft regulation language being considered would make this selection authority applicable to nearly all education support professionals (“ESPs”) at a school site. If the Legislature had intended to address all ESPs at a school site, it would NOT have added the limiting language that requires “direct supervision.” Moreover, the language in R064-22 proposing to exclude ESPs who are a member of central services is redundant of the language already in subsection 6 of NRS 388G.610 and would render that language surplusage. Therefore, altogether, NSEA submits to the Board that the proposed regulation is simply not within the language of the statute.

Instead, NSEA is strongly recommending language submitted by the Education Support Employees Association. This would define “other staff who work under the direct supervision of the principal” as “support staff employees who report directly to the principal without any intervening supervisor or evaluator. In a typical school setting, examples of such employees would include, but not necessarily be limited to a school office manager, a head custodian, and a building manager.”