NSEA's public comment opposing the Nevada State Infrastructure Bank proposal to set aside up to $15,000,000 for charter school capital projects. 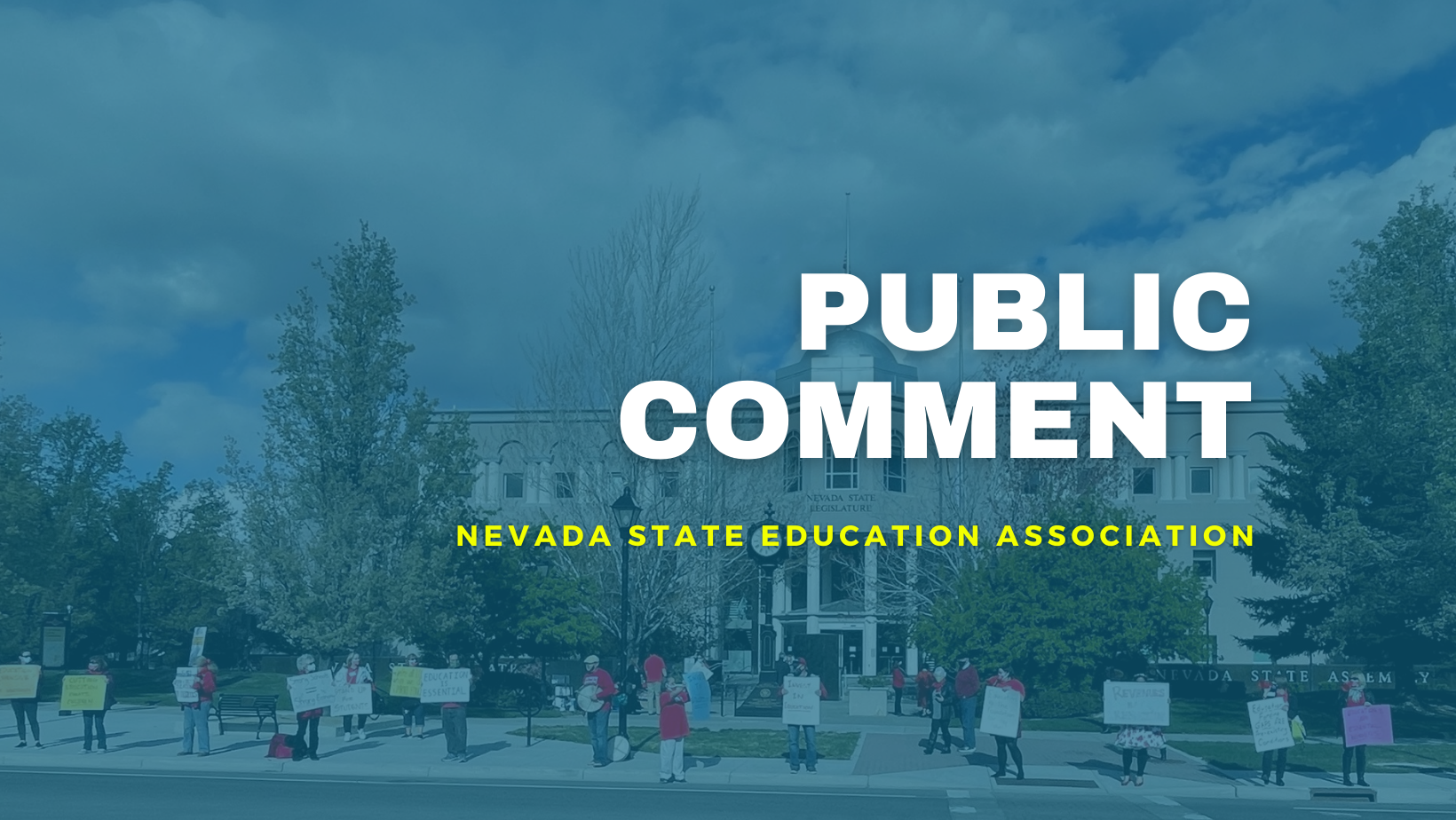 NSEA is opposed to the Nevada State Infrastructure Bank proposal to set aside up to $15,000,000 for charter school capital projects. We are concerned this could spur further growth of the charter sector, siphoning precious funds away from our neighborhood public schools in desperate need of investment.

While charter schools were initially promoted by educators seeking to innovate within the local public school system, over the last 25 years, this sector has grown dramatically into a separate and unequal school system. While charters are funded with public money and claim non-profit status, many are run by for-profit management companies.

The rise of the charter sector has been driven by deliberate, billionaire-backed efforts to ensure charters are exempt from the basic safeguards and standards that apply to public schools.

This growth has undermined local public schools and communities, without producing any overall increase in student learning and growth, when accounting for differences in student demographics.

During the 2019 legislative session, NSEA pushed for greater accountability for charter schools. While our proposal to cap charter school expansion was not successful, the Legislature passed a 5-year “Growth Management Plan” for charters. Interestingly enough, while the Charter School Authority was developing this “Growth Management Plan”, they approved nearly 5000 new charter slots. This past year, charter school enrollment increased by over 4%, as Nevada’s largest school district, home to most new charter slots, increased by less than 1%.

While the Charter School Authority has made some improvements, including actually conducting site visits of charter schools, they are only now clearing a relatively low bar of accountability. The Charter Authority has also begun to address the baked-in biases against disadvantaged students, but charters still serve a much lower percentage of at-risk students, English learners, and students with disabilities. Last year at-risk students made up only 43% of charter enrollment, compared to the state average of 78%. Even with progress on more diversity in new charter seats, there is simply no path for charters to achieve parity in the foreseeable future.

Another concern is the behavior of many charters that claim to be public schools when it is convenient and something else when it is not. According to the Nevada Current, Nevada charter schools took $31 million in forgivable loans from the Paycheck Protection Program during the pandemic in 2020. These federal funds were not available to neighborhood public schools that got hit with major budget cuts that year. During those early days of the pandemic, charter schools gamed the system by triple-dipping— taking state, per-pupil funds, CARES Act funds, and PPP funds, all while playing by their own set of rules.

NSEA appreciates Treasurer Conine for attempting to address concerns around the use of public funds to spur the growth of this sector and advantage private entities. However, we believe public funds would be better spent on neighborhood public schools in desperate need of investment. Thank you.