SB224 clarifies that in a large school district (i.e. CCSD), contract language that establishes procedures for the transfer or reassignment of employees in a surplus or reduction-in-force situation takes precedence over language in NRS 388G.610 (AB469- CCSD reorganization). 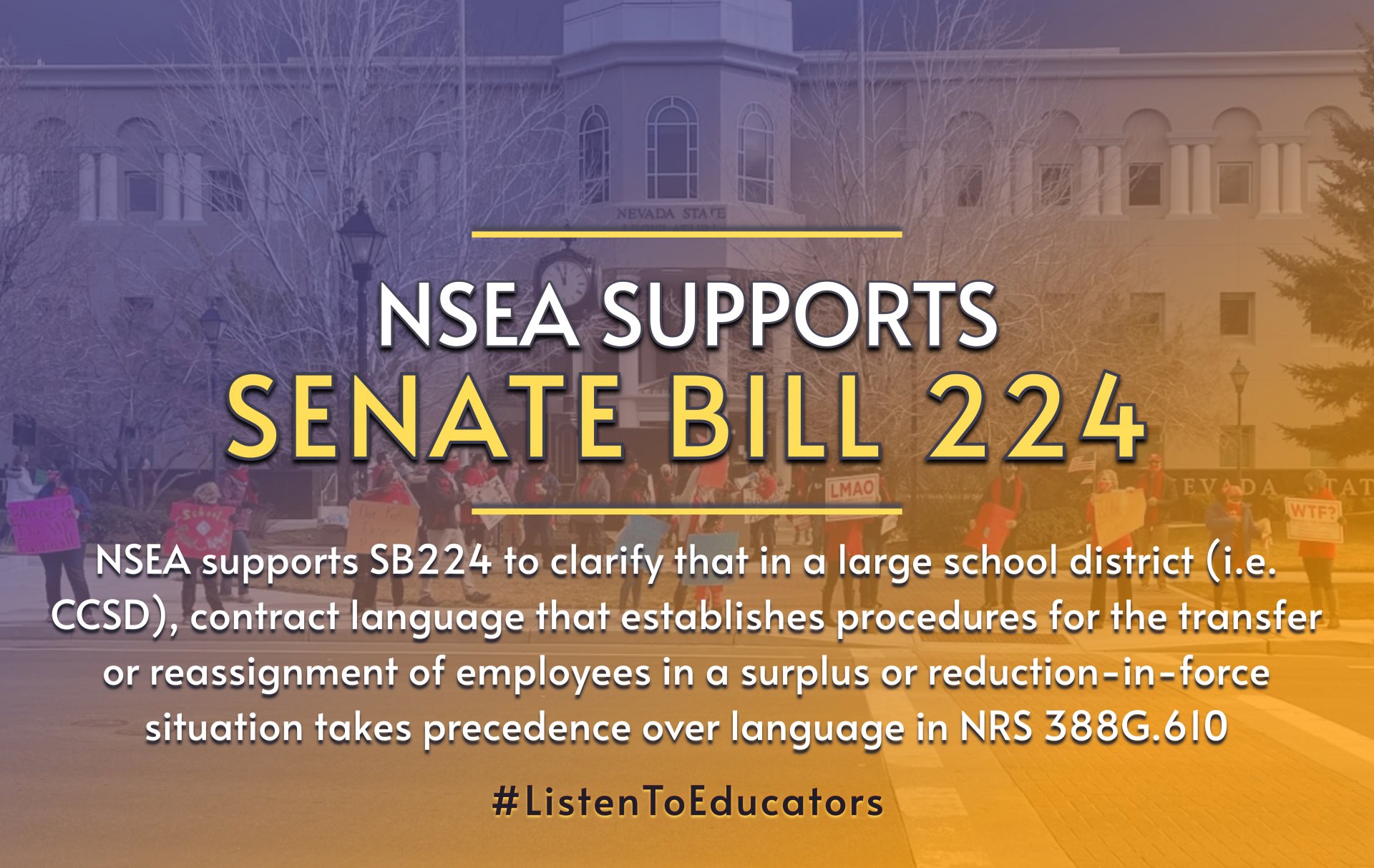 By: Nevada State Education Association, The Voice Of Nevada Educators For Over 120 Years
Share

In 2017, Assembly Bill 469 reorganized the Clark County School District (CCSD), transferring much decision-making authority to individual school precincts. The language stated each local school precinct shall have the authority to select staff who work under the direct supervision of the principal. For the past several years, this language has caused a lot of confusion for both the district and education support professionals with conflicting language on transfers and reassignments in existing contract language. NSEA and ESEA have maintained it was never the intent of AB469 to override contract language on this issue. Unfortunately, in 2017, an opinion issued by Attorney General Laxalt disagreed.

This issue was heard before the Employee- Management Relations Board (EMRB), and on December 7, 2020, they issued a decision rejecting the 2017 Attorney General Opinion as well as various arguments regarding the authority held by principals in a surplus or reduction in force situation. While that decision was appreciated, the issue is not settled. SB224 is the legislative fix we need to settle it.

Senate Bill 224 will provide and ensure clarity and fairness in the employee surplus process. With SB224, the consistent application of the surplus process across the district will help resolve any employee confusion with district work practices. Employees should not be denied an available position due to a displacement that was no fault of their own. We urge the passage of SB224.