NSEA supports SB194 creating a State Seal in Civics Program and to be more inclusive in the study of the culture, history, and contributions of diverse American communities. 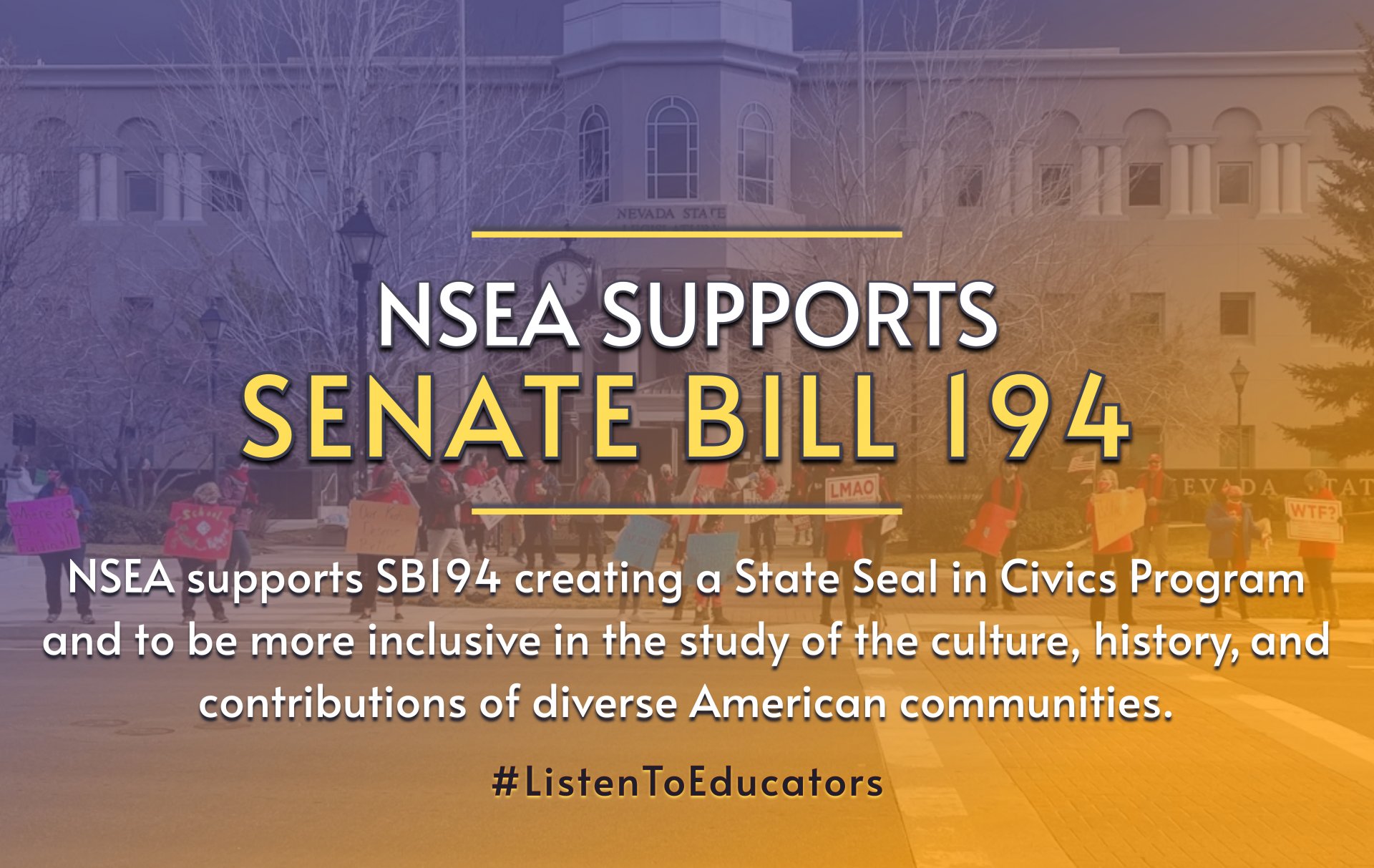 A high-quality public education system is foundational to build and maintain an engaged, democratic society. A renewed focus on student civic engagement is a critical component in this work. The creation of a State Seal in Civics Program provides student recognition and promotes the importance of civics.

NSEA also supports updating the list of communities to be included in ethnic and diversity studies who have contributed so much to Nevada and across the county– Pacific Islander Americans, Chicano Americans, Latino Americans, Middle Eastern Americans, women, persons with disabilities, immigrants or refugees, persons who are lesbian, gay, bisexual, transgender or questioning.